You’d think that finding far less plastic pollution on the ocean’s surface than scientists expected would be something to cheer about. The reality, however, is that this is bad news, for both the ocean food web and humans eating at the top. Ingestion of tiny plastic debris by sea creatures is believed to explain the plastics’ slow and subtle disappearance and exposes a worrisome entry point for risky chemicals into the food web.

Except for a transient slowdown during the recent economic recession, global plastics consumption has risen steadily since plastic materials were introduced in the 1950s and subsequently incorporated into nearly every facet of modern life. Annual global consumption is already about 300 million tons with no foreseeable leveling off as markets expand in the Asia-Pacific region and new applications are conceived every day.

Land-based sources are responsible for the lion’s share of plastic waste entering the oceans: littering, wind-blown trash escaping from trash cans and landfills, and storm drain runoff when the capacity of water treatment plants is exceeded. Furthermore, recent studies reveal an alarming worldwide marine buildup of microplastics (defined as a millimeter or less) from two other previously unrecognized sources. Spherical plastic microbeads, no more than a half millimeter, are manufactured into skin care products and designed to be washed down the drain but escape water treatment plants not equipped to capture them. Plastic microfibers from laundering polyester fabrics find their way to the ocean via the same route.

Given that plastics do not biodegrade, it’s been assumed that the quantity of plastic pollution measured over time on the surface waters of the ocean will mirror global plastics production and hence should be rising. However, regional sampling over time indicates that plastic debris in surface waters has been rather static lately.

Insight into where the rest might have gone emerged from an analysis of the size distribution of the remaining floating debris. From previous research it was already known that plastic fragments no bigger than a half centimeter outnumber larger debris on the ocean’s surface, a phenomenon attributed to the fact that weathering continually breaks up plastics into ever smaller fragments. Thus the scientists were surprised to find a striking paucity of debris in the one millimeter and smaller size range, the opposite of what would be expected from progressive fragmentation. This indicates that microplastics are being selectively removed from the surface.

The scientists posit that zooplankton-eating fish likely account for the loss in surface microplastics. The missing microplastics are the same size as zooplankton, thus easily mistaken for food. Furthermore, zooplankton eaters that live deep in the ocean rise to the surface at night to feed as in whales. This explanation is supported by fact that plastic debris found in the stomachs of the fish that live off zooplankton are the same size as the missing surface debris, and the same size plastics are also commonly found in the stomachs of larger fish that feed on some plankton eaters.

The number of marine wildlife species known to ingest plastic waste is already in the hundreds. In recent decades, disturbing autopsy images have surfaced in larger creatures – like whales, dolphins, turtles, fish and seabirds – illustrating stomach/intestinal blockage or perforation from ingesting often recognizable plastic items such as plastic bags, fishing line and bottle caps. However, a spate of recent studies has also documented ingestion of microplastics in the millimeter and micrometer range by smaller sea life at lower tiers throughout the ocean food web, everything from zooplankton at the web’s very base to sandworms, barnacles and small crustaceans.

One recent study finding that micrometer-sized microplastics ingested by the tiniest zooplankton show up rapidly in the intestines of zooplankton one step up the food chain underscores the potential for upward transfer of plastic debris from one tier to the next. Similarly, transfer to shore from eating common mussels which fed on microplastics is also known to occur.

Humans’ selfish fears about the take up of plastic materials throughout the food web stem largely from potential chemical threats which could be delivered up the chain. Hazardous chemicals are manufactured into various plastics, like known endocrine disruptors (e.g. phthalate plasticizers and bisphenol-A) or carcinogens (e.g. vinyl chloride and brominated flame retardants). Also, plastics are oily materials and, as such, concentrate oily contaminants from the surrounding seawater, like PCBs (polychlorinated biphenyls) and the breakdown products of the banned pesticide DDT. Researchers have shown that toxic chemicals within or on the surface of ingested plastic debris can transfer to the tissues of wildlife (e.g. seabirds), and the accumulation and even bio-magnification in wildlife as you go up the food chain when toxins are not readily metabolized is likely the greatest threat to humans.

A study finding microplastics in the soft tissues of oysters and mussels cultured specifically for human consumption, just published in the journal Environmental Pollution, is also unwelcome news for humans. The authors estimated that a shellfish lover could already be ingesting over 10,000 microplastic particles in a year.

Add to this recent laboratory evidence of tangible health consequences of ingesting chemicals associated with marine plastics. For example, altered expression of genes signaling endocrine system disruption was recently documented in both male and female fish after eating a diet containing small amounts of microplastics which had been exposed for a few months first to seawater in the San Diego Bay.

Microplastics are generally believed to represent a greater chemical threat than macroplastics because the larger relative surface area of smaller debris allows for more adsorption of toxins from seawater. Thus far, scientists have focused primarily on plastics in the visible millimeter plus size range. They express worry, however, that as plastics fragment further into the micrometer and even the nanometer range (100 times smaller than the width of a human hair), the risks to the food web could multiply, not just because of increasing surface area but also because the tinier the debris the more diverse the wildlife able to ingest it.

Scientists have not ruled out that other factors might also contribute to the disappearance of surface water microplastics, but the evidence thus far points to ingestion as the main one. For instance, plastic debris will sink once biofouling (colonization by micro-organisms) causes it to lose buoyancy, but field experiments show that defouling occurs rapidly after the debris is submerged, allowing it to float back to the surface.

Some historians already refer to the current era as The Age of Plastics. Just as runaway global warming looms as an unexpected consequence of the wanton burning of fossil fuels, the poisoning of the ocean food web could be the lasting legacy of the plastics era. Non-profit marine protection organizations, like the Algalita Marine Research Foundation in Long Beach, the Santa Monica-based 5 Gyres Institute and the Ocean Conservancy in Washing, D.C., are working to draw attention to the urgent need to stem the flow of further plastic debris into the oceans. There is general agreement that schemes to clean up plastic debris out in the mid-ocean are impractical, no matter how well-intended, as any after-the-fact approach is akin to trying to push back against water blasting from a fire hose. Better to turn off the deluge at the nozzle.

To fully address the global problem of plastic ocean pollution, the plastics industry must ultimately reformulate its products, though this will obviously take time. In the interim, we already know two relevant facts, that rivers are a major source of plastic waste entering the oceans and that a sizeable fraction of plastic debris at sea is eventually deposited on shorelines. Thus, directing resources now to both developing devices to capture waste in rivers before it reaches open ocean and cleaning up waste littering the shorelines makes the best sense.

Consumers can also do their part now through simple behavior changes, like using reusable shopping bags and opting for products packaged in non-plastic alternatives, like glass or paper. And of course everyone is welcome to pitch in on the annual International Coastal Cleanup. Last year, over 12 million pounds of waste were picked up by nearly 650,000 volunteers in 92 countries. 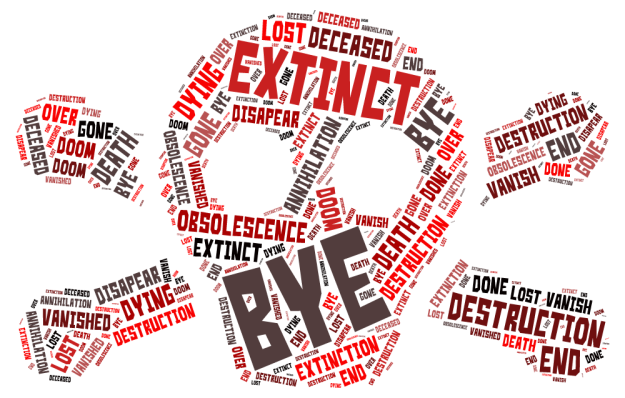 Human activity is wiping out species of plants and animals at a dizzying rate, leaving the world on the verge of the sixth great extinction in its history, a new study warns. Researchers found that species are vanishing around 10 times faster than previously believed—and 1,000 times faster than they did before humans emerged, the AP reports. A mass extinction on the scale of the one that wiped out the dinosaurs is close, and “whether we avoid it or not will depend on our actions,” says the lead researcher. Habitat loss is the main factor causing species to disappear, but climate change, overfishing, and the spread of invasive species also play a role.

But the situation isn’t completely hopeless: Modern technology and “citizen scientists” are helping biologists locate endangered species, aiding efforts to save their habitats, the study author tells National Geographic. Thanks to mobile apps like iNaturalists and online crowdsourcing, “we know where the species are, we know where the threats are, and—even though the situation is very bleak—we are better able to manage things,” he says. What can the average citizen do? A scientist not involved in the study suggests encouraging lawmakers to connect nature reserves to each other, and the study author notes that extinction rates of mammals, birds, and amphibians are 20% lower than they would be without protected refuges. About 13% of the planet’s land has been designated as such; the same holds true for only about 2% of the ocean. 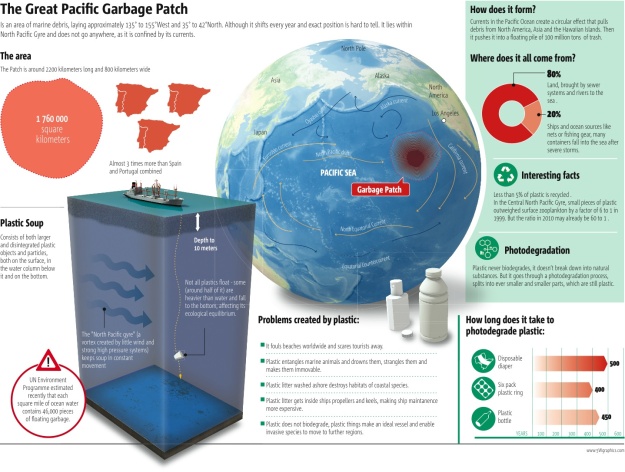 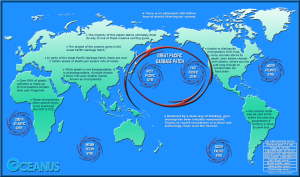